We’ve reached the finals on May 4th! Our main room is sold out, yet there are tickets available in the dining room where you can relax with friends, wander over to the bar to order food or a refreshing drink, including a great beer from Cameron’s Brewing Company and watch the performances live on our big screen ( or wander over to the main room to stand and watch you favorite performer) Door price is $10, add an extra $25 for the delicious buffet dinner being served from 5:30-8:00 pm.
More details to follow later this week, but here’s the really important stuff:

Here’s the line-up for the semi-finals this Saturday April 27th. The first performer is on stage at 5pm, We will be taking a break from 7:00 pm-7:30 pm, then resuming on stage from 7:30 to 12:30. The dinner buffet will be available as usual from 5:30 pm to 8:00 pm At the end of the night, six contestants will be selected by our judging panel to advance to the finals on May 4th.
Audience tickets are sold out for April 27th, but there are still a few available seats for May 4th. We will be posting Facebook Live of all semi-final and final performances. Congratulations to all semi-finalists and best of luck to all of you this Saturday! 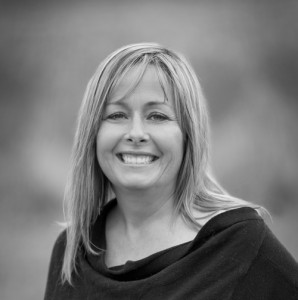 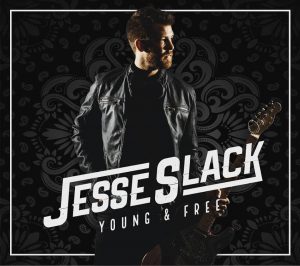 Jesse Slack is a talented artist with a passion for modern country music, rock and pop.Hailing from Peterborough Ontario, Jesse has set out to make music that feels diverse, yet direct and personal, echoing the work of artists such as Dierks Bentley, Keith Urban or Tim McGraw, just to mention a few.
His honest lyrics and earthy melodies are a perfect combination of country aesthetics and pop appeal!
This charismatic singer and songwriter has managed to combine stunning melodies with meaningful lyrics and outstanding hooks, in order to create a catchy, yet direct and edgy sound.
Jesse  recent release, Mustang is rapidly rising on the charts, and gaining radio recognition.
https://www.facebook.com/pg/jesseslackmusic
http://www.jesseslack.com/
https://twitter.com/JesseSlack?s=09 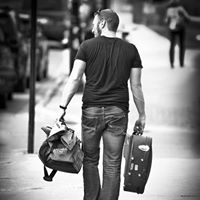 Cobourg, Ontario’s Matt Williams prides himself on being a music opportunity creator with a deep passion for helping pure talent succeed on a global scale.
With years of industry experience & now the General Manager of Toronto & Nashville based – Inside Music Publishing & Inside Music Nashville, Matt has been involved with every aspect of the business.  From starting out as a performer & songwriter many years ago to now having a hand in some of the biggest worldwide sync & song placements, Matt is truly grateful for all of the incredible opportunities.
In the last few years alone, synchs & song placements include:  Peter Rabbit (the movie), Amazon, Hampton Inn, Rock Band, Kinder Joy, South Park, America’s Got Talent, American Idol, Mr. Robot, and many many more.
In 2018, under Matt’s leadership, Inside Music Publishing co-writes, production, & catalogue totaled more then 50+ million Spotify & Apple streams including the pop summer hits “Anna Wintour” by Azealia Banks & Ariana Grande’s “No Tears Left To Cry – Junior Sanchez Remix”, which hit #1 on the Billboard Dance chart.
Matt still maintains a property in the Cobourg area.  In 2017 he cofounded Country Wild Music Festival which has turned into one of Northumberland’s premiere country summer events.
www.insidemusicpub.com 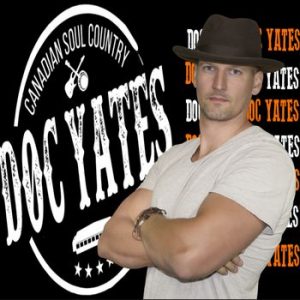 Doc  Yates was  raised on a small  farm in the outskirts of Woodstock Ontario, brought up on a road where three generations of the Yates family has been born and raised.  Doc is actually Dr. Seth Yates BSc. N.D. and is the owner of the Yates Naturopathic Clinic with 4 locations. Though Doc came into music late in life, he quickly made the decision to play his music, his way. In a time where few artists write or play their own music, Doc strives to keep his unique sound and lyrical writing real and authentic.
His songs are inspired by his experiences, his country upbringing and the stories of joy and loss that he hears from his patients everyday .
Most of his music has a rootsy blues undertone with a country twist, a sound that Doc has labelled Soul Country.
https://www.docyates.com/ 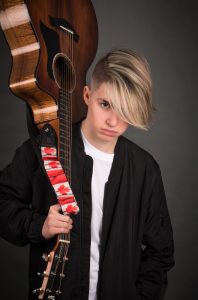 Tyler Lorette is a 15 year old singer-songwriter and multi instrumentalist from Courtice, Ontario. Music was in his heart at a young age and at the tender age of one, Tyler would rather bang on pots and pans like drums instead of playing with his toys.  He started playing guitar at the age of 4 and by age 10 Tyler was out performing in open mics, writing original music and obtained a spot in the Mini Idol Tour. His song “Fly With Me” was a top 12 finalist in 2018 for CBC Music Searchlight contest and his original song titled “Love It Up” was a finalist in the International Song Writing Competition in 2018.  Tyler is currently working on writing and producing his debut EP to drop this year called Chosen Ones! His songs are played on radio stations across the United States and United Kingdom.
Join the #tysquad and follow Tyler on all of his socials.
https://instagram.com/Tylerlorettee
https://twitter.com/Tylerlorettee
https://www.youtube.com/tylerlorettemusic
https://www.facebook.com/tylerlorettemusic 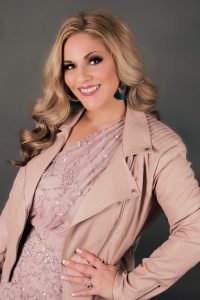 Roberta Michele Quilico is one of the most exclusive vocal coaches in the GTA, whose voice is featured on over 12 million albums sold worldwide on prominent international recordings such as (A New Day Has Come/Celine Dion- as featured vocalist. She has worked with Canada’s most talented songwriters both as a co-writer and as the voice representing their works.
In 2010 Roberta Michele Quilico launched The Bird Loft School Of Voice, a vocal boutique with an on-going and ever-growing waiting list.
With 25 yrs experience as a professional singer/songwriter, major label recording artist and performer, Roberta is regarded by music industry elite to be one of the most effective and skilled vocal coaches in Canada.
In June 2014 Roberta was retained by The Lifetime Network as the personal vocal coach to Disney superstar Zendaya, for her recordings of Aaliyah’s songs for the network’s biopic of the late ‘princess of RnB’. She was also the on-set musical coach/coordinator for the same film for actress Alex Schick and cast. That year she was the vocal producer for the Mini Pop Kids album and has been the personal vocal coach to many of the Mini Pop Kids for many years.
In 2016 Roberta created an exclusive program for her students- The Bird Loft Cover Recording Sessions, that produces over 40 professional recordings and accompanying videos for her students annually. Her students videos have resulted in private auditions for The Voice (USA) and America’s Got Talent (USA).
Roberta also passionately donates her expertise to various community initiatives, charities and fundraisers, and has produced countless live musical events with full live musical accompaniment.
https://www.facebook.com/thebirdloftschoolofvoice/ 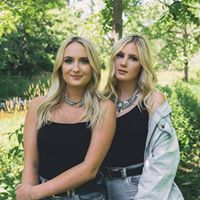 Jess and Tay, are a country music duo from Toronto. They’ve been playing and writing music together for 4 years, having met at Humber College, where both are currently in their final year studying music.
Their musical style is very singer songwriter, influenced from the musical style of groups like Lady Antebellum and delivering a fun, fresh country music sound.
They were finalists in last year’s Next Country Music Star Talent Search and earning a spot on the 2018 Havelock Country Jamboree line-up.
Currently they are busy working in the studio for the completion of an EP to be released later in 2019 with a show scheduled to give fans a sneak peak at the Corral Oshawa on April 26, 19 & 20.
https://m.youtube.com/watch?v=9RP9j7xxlAM
https://www.youtube.com/channel/UC1XqKMsuZZ7UP4GRIKT5LRA
https://www.facebook.com/jessandtayofficial/ 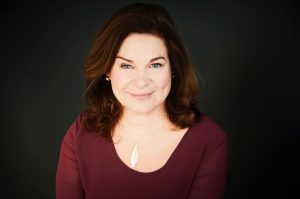 Linda Kash began her professional life at the Second City in Toronto, where she performed, directed and conducted workshops. She has appeared in and directed a number of plays, films and television shows throughout Canada, the US, Europe, Russia and New Zealand.
Linda has also co created several shows for TV including  “Go Girl!” and “The Joe Blow Show”, which she also directed. She recently directed Colin Mochrie in “HYPROV” for Just For Laughs and the Edinburgh festival, and “Beneath Springhill,” a one man show with local Beau Dixon which won him a Dora Award for performance in 2016. Linda has had further experience behind the camera, having directed nine episodes of Love It or List It as well as appearing as a regular on Fargo Season 3 opposite Ewan McGregor. Film projects yet to be released are Little Italy, The Bet and Nine Letters, a short she wrote and directed.
Linda has taught acting workshops for over two decades and in 2009, co-founded a Performing Arts School called PAPA.  She is best known as The Philadelphia Cream Cheese Angel (a successful campaign that ran for 16 years) but her proudest work to date by far is her fabulous blended family.
lindakash.ca

Jesse Slack is a talented artist with a passion for modern country music, rock and pop.
Hailing from Peterborough Ontario, Jesse has set out to make music that feels diverse, yet direct and personal, echoing the work of artists such as Dierks Bentley, Keith Urban or Tim McGraw, just to mention a few.
His honest lyrics and earthy melodies are a perfect combination of country aesthetics and pop appeal!
This charismatic singer and songwriter has managed to combine stunning melodies with meaningful lyrics and outstanding hooks, in order to create a catchy, yet direct and edgy sound.
Jesse  recent release, Mustang is rapidly rising on the charts, and gaining radio recognition.
https://www.facebook.com/pg/jesseslackmusic
http://www.jesseslack.com/
https://twitter.com/JesseSlack?s=09 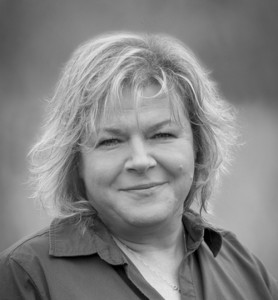 Director of Catherine Faint Entertainment, Sylvia Mason,  oversees the company’s Technical and Production crews at Casino Rama, Fallsview Casino, Boots and Hearts and numerous other client sites across the GTA. Sylvia is also a Talent Buyer and enjoys connecting talented artists with corporate clients.  Sylvia’s experience in the music business started in 1988, when she began as an assistant for an independent country music record label, learning all she could about the music business (artist management, radio, artist touring, publishing, record sales and distribution).  She has worked with many renowned country artists in Canada including as Michelle Wright, and the Good Brothers.

Jesse Slack is a talented artist with a passion for modern country music, rock and pop.
Hailing from Peterborough Ontario, Jesse has set out to make music that feels diverse, yet direct and personal, echoing the work of artists such as Dierks Bentley, Keith Urban or Tim McGraw, just to mention a few.
His honest lyrics and earthy melodies are a perfect combination of country aesthetics and pop appeal!
This charismatic singer and songwriter has managed to combine stunning melodies with meaningful lyrics and outstanding hooks, in order to create a catchy, yet direct and edgy sound.
Jesse  recent release, I Wish I Never Met You, marks a significant step forward for the artist’s career. This song is catchy and easy to relate to, yet disarmingly heartfelt and personal, due to the intimate nature of the lyrics. Jesse’s latest EP, a record titled “Young & Free”, is available  on Spotify .
https://www.facebook.com/pg/jesseslackmusic
http://www.jesseslack.com/
https://twitter.com/JesseSlack?s=09